Pilot is the first episode of the first season of Happily Divorced. It aired on June 15th, 2011.

Peter awakens in the middle of the night and admits he's gay. Fran tries to tell her parents, only to find that they already suspected this. After running some numbers, they realize that Peter can't afford to move out.

6 months later, Fran heads to the movie theater with her friend Judy, where she needs a producer named Elliot. Peter is appalled that Fran chooses a date with Elliot over Sound of Music Sing-along night. The date goes well, until Elliot eats a truffle (to which he is allergic) and loses consciousness.

The next morning, Elliot and Fran's parents show up at the house. Peter interrupts the couple while kissing and they start fighting. 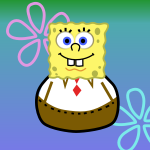